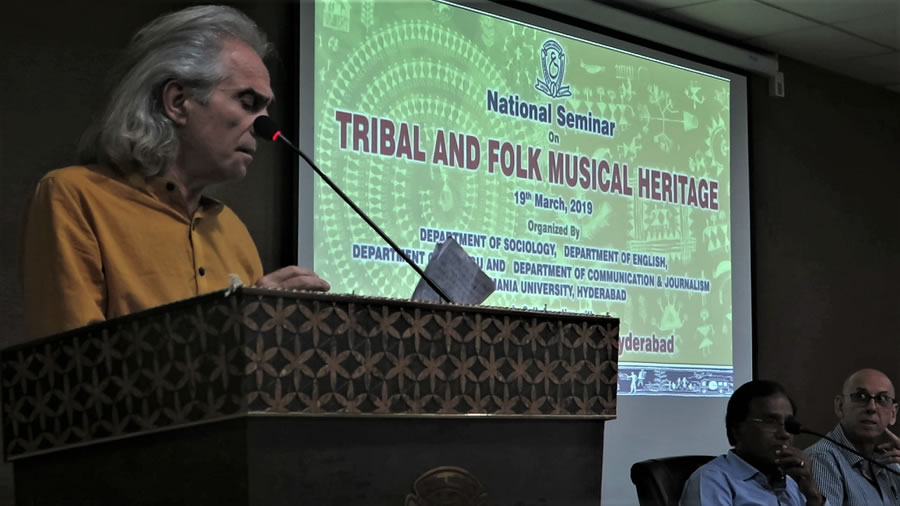 The Osmania University in Hyderabad organized a National Seminar on Tribal and Musical Heritage on March 19, 2019. The seminar was focused on the survival and preservation of the tribal music and musical instruments of Telangana State in South India.

Inspiring soul of the seminar was Prof. Tirumal Rao, who brought about two hundred people from different tribes of the Telangana State to the Osmania University, to sing, play music and dance all together as a grand orchestra or as solo performers.

Among the participants were the French anthropologist Daniel Negers, and the Greek musician and researcher Konstantinos Kalaitzis. The latter spoke about his experience as a researcher in tribal music, musical instruments and dances of India for more than 25 years. He also sang a Thiyagaraja song (kriti) in the Telugu language receiving great admiration from the participants.

Over the years of travels in India, Konstantinos Kalaitzis has made a rich private collection of more than 150 musical instruments used in Karnatic and Hindustani classical music as well as folk and tribal ones.