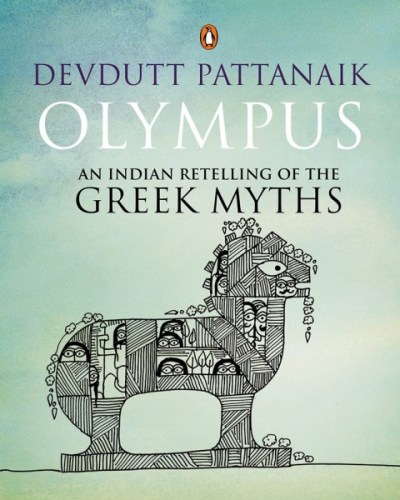 The well-known Indian writer and mythologist, Dr Devdutt Pattanaik has recently authored a book entitled “Olympus: An Indian Retelling of Greek Myths,” in which he explores the ancient Greek Mythology from an Indian perspective of view. The book has been published by Penguin India.

The author searches to find common roots between Greek and Hindu mythology in Indo-European stories and in the exchange of ideas that took place in the Indo-Greek kingdoms that followed the arrival of Alexander the Great in India and Greek emissaries travelled to the kingdoms of Mathura and Magadha.

Some of the commonalities pointed out in the book are:

Pattanaik also points out some major differences, like the absence of the concept of Karma and the dominance of drama in the Greek mythology which is very different from the happy endings in Indian mythological stories. However, the fact that the great epic of Ramayana ended on a tragic note, makes one wonder if its author Valmiki got an inspiration from the Greek drama.

Listen to Devdutt Pattanaik speaking for his book below: