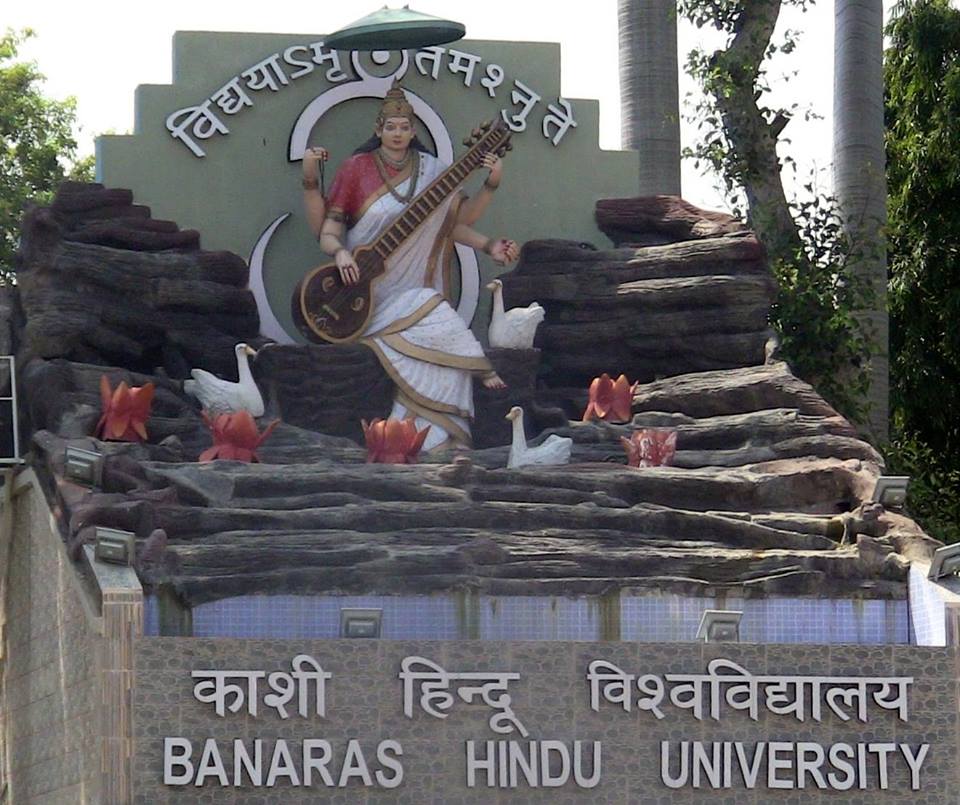 The Practical Greek-Hindi and Hindi-Greek Dictionary  was prepared by Greek Indologist and Professor of Hindi Dr  Dimitrios Vassiliadis over his one-year post-doctoral fellowship at the Department of Hindi, Banaras Hindu University, and with the input of the students of Hindi at the School of Foreign Languanges, University of Athens. The Dictionary was made up in cooperation with Professor of Hindi at Banaras Hindu University, Dr Ranganath Pathak and with the support of the Indian Council for Cultural Relations. On 25 September 2014, Dimitrios Vassiliadis visited the Department of Hindi at Banaras Hindu University during his recent trip to India when he participated in the fourth International Buddhist Conclave, organized by the Ministry of Tourism of India. He enjoyed an exceptionally warm receipt there, and Prof. Ranganath Pathak made arrangements for a presentation of the Dictionary to the teachers of the Department of Hindi as well as to foreign students who study Hindi at the University. During the presentation, Dimitrios Vassiliadis expressed his gratitude to the Department of Hindi and especially to Professor Ranganath Pathak for an invaluable support in preparation of the Dictionary and stressed out the interest of Greek students in learning Hindi as the national language of India at the School of Foreign Languages at the University of Athens. In his speech of reply, Dr. Pathak spoke about the work done at the Department of Hindi making an extensive description of the Dictionary. The Head of the Department of Hindi, Professor Baliraj Pandey, emphasized helpfulness of the Dictionary for linguists and philologists as it brings closer two great cultures, connected historically for over a two and a half thousand years. A famous linguist and former Chairman of the Center of Indian Languages Study at the Jawaharlal Nehru University, Professor Maneger Pandey, spoke of the importance of the Dictionary especially for interpreters who often have to make inaccurate translation via English. He also stressed the necessity to support similar efforts in promotion of Hindi as a world language, as, he said, Hindi is the second widely used native language in the world and is spoken by over 700 million people today. Publication of the Practical Greek-Hindi and Hindi-Greek Dictionary was made by the Hellenic-Indian Society for Culture and Development in Athens early in 2014. The prologue is written by H.E. the Ambassador of India to Greece Mr. Tsewang Topden.