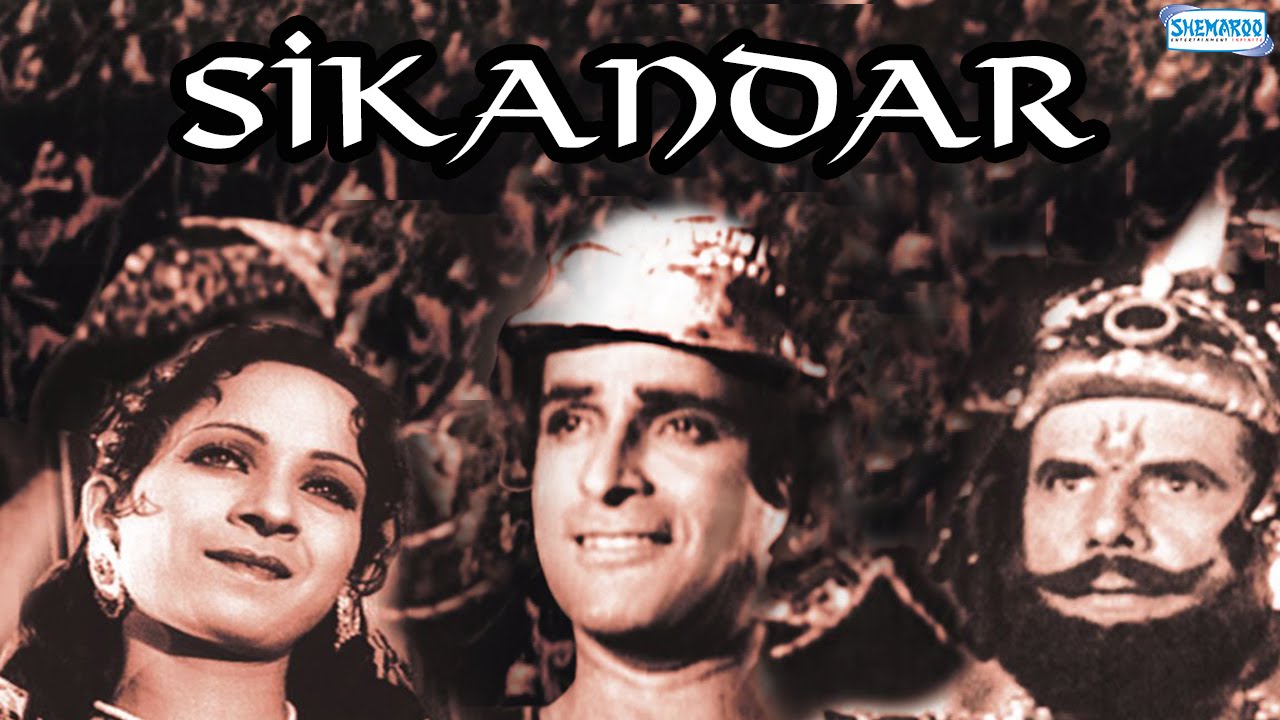 A classic Indian blockbuster about the life of Alexander the Great (Sikandar in Hindi) produced in 1941. Screenwriter Sudarshan places particular emphasis on the love of Alexander with the Persian princes s Roxana and the campaign to India where he met Indian king Poros. It gives an Indian version of history stained with an intense romance.

The film was screened during the 2nd World War and the culmination of the struggle of the Indian people for national independence. It met with great success, causing feelings of patriotism which made the British colonialists to prohibit it in certain areas for a time. Later was dubbed from Hindi into Persian and screened in Persia.

The role of Alexander attributed by the legend the Indian cinema, Prithviraj Kapoor and the role of Poros by the director and producer, Sohrab Modi.