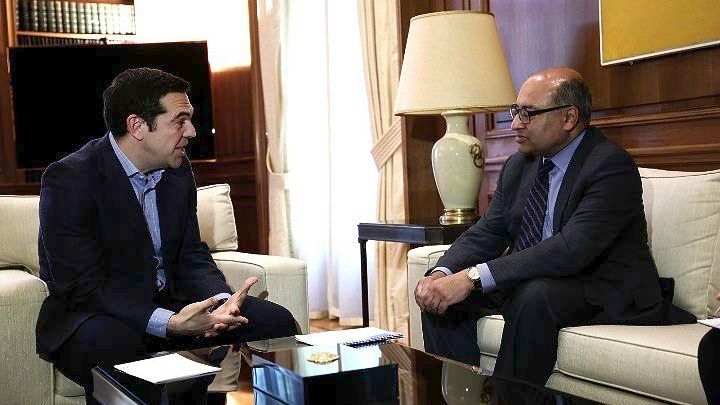 “I support the idea of the ‘clean exit’ from the economic program because Greece is recovering, is reformed and has strong advantages” stated European Bank of Restructuring and Development (EBRD) president Sir Suma Chakrabati to Athens Macedonian News Agency. While referring tο the brain drain phenomenon in Greece, he claimed it can be reversed as it happened in Ireland, Portugal and India.

EBRD is the European bank actively involved in the last 2.5 years in Greece’s development effort with investments in infrastructures, it has funded the recapitalization of the four systemic banks and the upgrading of the regional airports while its interest in now focused on the funding of SMEs in combination with the youth employment.

According to a press release from the prime minister press office,  Sir Chakrabarti congratulated the government for the country’s economic recovery and the increase of employment, expressing the EBRD’s intention to continue its support. According to the announcement, the bank will expand its activity into new sectors, including SMEs, tourism, real estate, renewable resources, agronutrition and investments to improve municipal services, up until 2025. Greece is the fifth EBRD investment destination, of up to 2.5 bln euros, when up to 600 million euro investments expected within 2018. The EBRD president announced his intention to open an EBRD office for SMEs in Thessaloniki.

Sir Suma Chakrabarti was born in 1959 in Jalpaiguri, West Bengal, India and was educated at City of London School; New College, Oxford (BA in Philosophy, Politics, and Economics); and the University of Sussex (MA in Economics). He was elected as the President of the European Bank for Reconstruction and Development (EBRD) on 18 May 2012 and  re-elected for a second four year term on 11 May 2016.