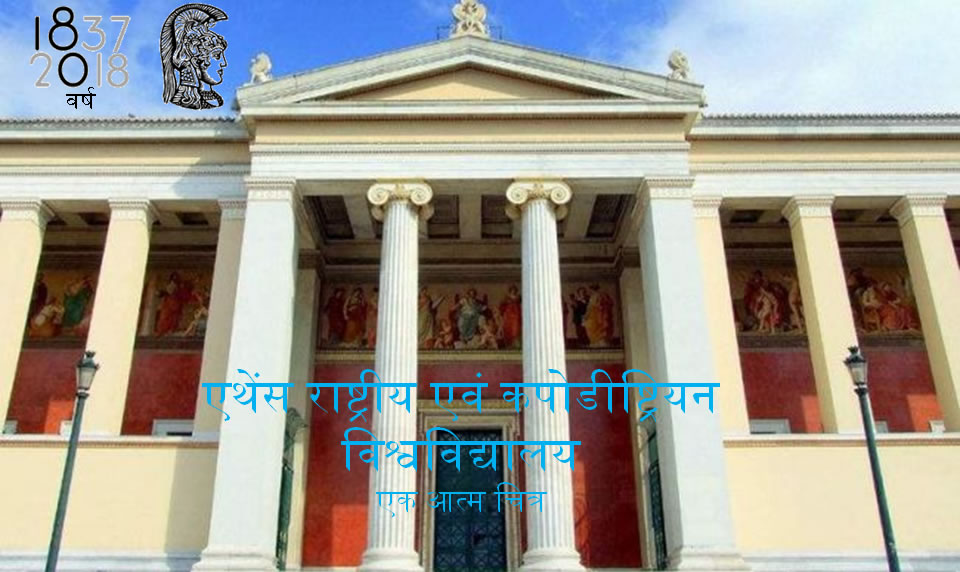 The Presidential Decree 83/2004 by which the Department of Turkish and Asian studies is established in the School of Philosophy of the National and Kapodistrian University of Athens was published in the Official Journal of the Hellenic Republic (Government Gazette) issue A 65/2-03-2004. The beginning of the department’s educational function and the introduction of the first students is defined by the academic year 2003-2004. The mission of the Department is to: (a) cultivate and promote teaching and research, literature, history, culture, political institutions and the economy with Turkey and the Asian countries (Japan, India and China).

The Presidential Decree comes to materialize the vision of the Chancellor of the University, Mr. Georgios Babiniotis, who two years ago, during the ceremony for the publication of Galanos’ Sanskrit-English-Greek Dictionary publicly expressed his wish for the expansion of Greek education towards the great civilizations of the East. The new department will start with the teaching of Turkish and gradually it will expand to include courses for Indian, Chinese, Japanese, and other Asian Studies.

The name of the new department, “Department for Turkish and Modern Asian Studies,” seems to satisfy certain political considerations (especially the Greek-Turkish Educational Agreement) but at the same time leaves many questions regarding the status and the content of this Department. The newly established Department appears to focus on the study of the modern Asian languages and cultures, though it will be indeed very difficult to understand Asia Today without studying its ancient roots and its long lasting historical connections with Greece. However, the foundation of the new department in the Capital, particularly in the times of the academic decentralization, indicates that Greece has started to realize the global significance of the Asian Studies in our times.

With the Presidential Decree 85/2013 – Government Gazette 124 / Α / 3-6-2013, article 2.3 the Department of Turkish Studies and Modern Asian Studies was transferred from the Faculty of Philosophy to the Faculty of Economics and Political Sciences of the University of Athens.