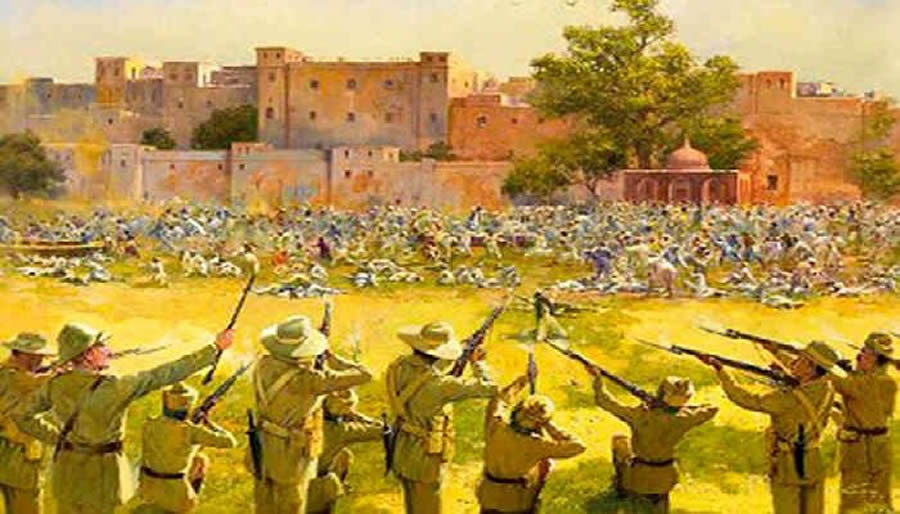 As India pays heartfelt tribute to all the Martyrs on the 100th anniversary of the Jallianwala Bagh massacre, one of the worst atrocities of British colonial rule, hundreds of people, including President Ram Nath Kovind, Prime Minister Narendra Modi, Congress president Rahul Gandhi, Punjab Chief Minister Amarinder Singh, and British High Commissioner to India Dominic Asquith paid tribute to those who lost their lives in the massacre. The Vice President of India, Shri M. Venkaiah Naidu visited Jallianwala Bagh in Amritsar and attended the ceremony organized by the Ministry of culture, Government of India. The Ministry of Culture and numerous other institutions organized centenary commemorative events all over India.

The Jallianwala Bagh massacre took place during the celebration of the Punjabi New Year (Baisakhi) on 13 April 1919 when troops of the British Indian Army under the command of Colonel Reginald Dyer fired into a crowd of Indians, who had gathered in Jallianwala Bagh, a public open space walled on all sides, with five entrances near the golden temple in Amritsar, Punjab. The unarmed civilians, including women and children, had assembled for a peaceful protest to condemn the arrest and deportation of two national leaders, Satya Pal and Saifuddin Kitchlew.

Noble Laureate Rabindranath Tagore had returned the title of Knighthood in protest.

Today Jallianwala Bagh is a public garden and houses a memorial of national importance, erected in 1951 by the Government of India, to commemorate the victims of the massacre.