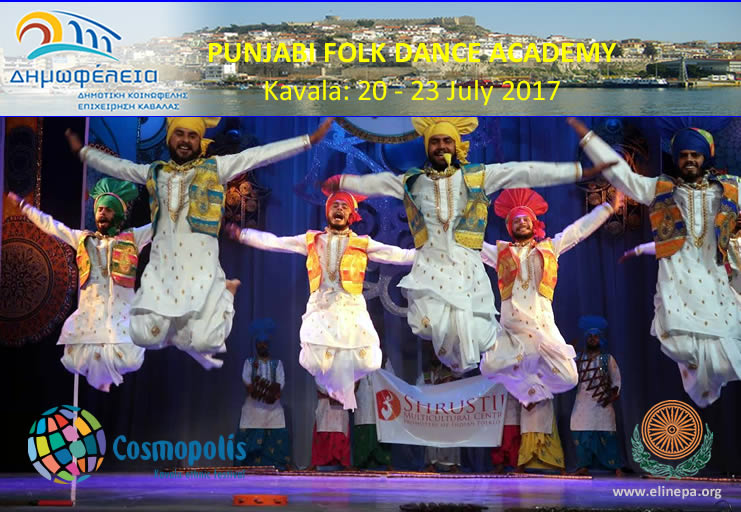 The popular Indian dance group consists of 19 members (dancers and musicians) who travel at their own expense to show through their folk dances the joyful spirit and cultural tradition of Punjab, which has become in recent years especially popular abroad.

The previous Indian dance team that participated in the Cosmopolis festival was the Lavani folk dance group from Puna, India, consisting of 12 members, which won the best reviews for its unique performances in Kavala, Nea Karvali, Philippi and Thassos.

The ethnic festival Cosmopolis is an annual multinational event and the participating delegates introduce their culture in different ways (dances, music, pavilions with their traditional products, traditional cuisine, films, etc.) It was first held in 2000 and since then it has become a reference point in the cultural life of the city of Kavala and the wider region of Eastern Macedonia and Thrace.