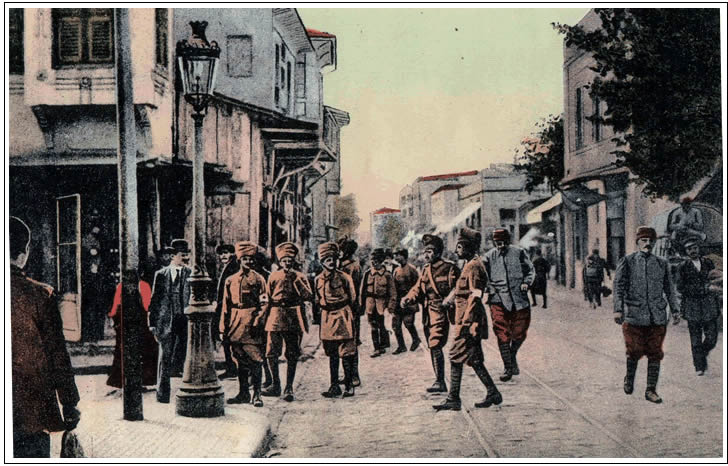 On November 11, 2018, on the occasion of the 100th anniversary of the cease-fire that ended World War I, memorial events were held worldwide. The main ceremony in Europe took place in Paris with the presence of the Heads of about 70 States and Governments, including Greek Prime Minister Alexis Tsipras.

India, which was a British colony at that time, participated in the allied army with about 1.5 million soldiers, 74,000 of whom died in the battlefields and thousands of others were injured.  «A century after World War I, we salute India’s soldiers and people fortheir sacrifice in East Africa and the Western Front, Gallipoli and the Gulf, the sea attack on Chennai and the skies above France. Their memory commits us to global security, and global peace» wrote the President of India Ram Nath Konind on aTwitter message.

Similar was the message of Prime Minister Narendra Modi in the special ceremony held in New Delhi: «Today, as we mark one hundred years since the end of the horrific FirstWorld War, we reiterate our commitment towards world peace and pledge to workto further an atmosphere of harmony and brotherhood so that the trail of deathand destruction caused by wars does not occur».

Hundreds of Indian soldiers sacrificed their lives during the First World War in Greece. Many of them fell in the battlefields and others died of illnesses such as malaria and other hardships. Their graves are in the Indian cemetery of Kalamaria, Thessaloniki, in the allied cemetery of Paleo Faliro and the Aegean islands.

To honor the compatriots, representatives of the Indian Embassy in Athens and Greek-Indian Associations, as well as many members of the Indian community in Greece gathered at the allied cemetery of Paleo Faliro where they laid wreaths to the Monument of the Indian soldiers. The ceremony was also attended by several Indians from England, who arrived with the British mission to honor those who died.

To a great extent Greece and the allied forces owe their victory to the numerous Indian soldiers who fought for no national interest but only for the hope that their sacrifices will be recognized in the future as a contribution to the struggle for freedom, national independence, and peaceful coexistence of peoples.

The Indian Cemetery in Salonica. ΙΝDΙΚΑ 2006

Photos from the Indian Cemetery in Thessaloniki